MEDX AIRONE WAS APPROACHED TO COME TO MANY NORTHERN NEVADA COUNTIES AFTER SEEING THE VERY HIGH BILLS RESIDENTS WHO DID NOT HAVE AIR MEDICAL MEMBERSHIPS WERE RECEIVING, OR HAD MEMBERSHIPS TO OTHER PROGRAMS BUT WERE STILL RECEIVING BALANCED BILLS. SOME BILLS WERE UP TO $100,000 FOR AN AIR MEDICAL TRANSPORT.

MedX AirOne is your local Emergency Air Medical provider, with more assets stationed in Northern Nevada than any other provider, including helicopters, planes, and ambulances in the area. MedX AirOne was founded by a Nevada resident who believed the high-cost of emergency air medical transportations should not affect a patient in need of critical care. We serve rural Nevada because we believe quality, critical care services should also be available outside of metropolitan communities. We can provide air medical transport from the hospital or directly to an accident scene (scene calls) or via airplane during poor weather conditions. Saving time means saving heart muscle, brain tissue, and organ function!

There are two main Emergency Air Medical Companies serving Northern Nevada Counties, MedX AirOne being one of them. MedX AirOne has chosen to follow a different model and NOT sell a membership program to residents which requires a yearly fee or renewals. We believe everyone deserves quality care regardless of membership status and will provide that with MedX AirOne.

Our helicopters can transport patients either directly from the hospital or from the scene of an accident. Because our helicopters fly straight to the helipad at the receiving hospital, we bypass the need (and added expense) for ground transportation to and from the airport. This saves precious time for patients and increases survival rates. Our average flight time to hospitals in Salt Lake City is 90 minutes. Reno hospitals are 105 minutes away, while Boise hospitals can be reached in just 70 minutes. Saving time means saving heart muscle, brain tissue, and organ function. Truly, time is of the essence! 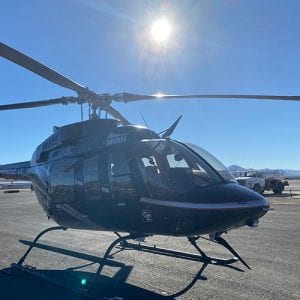 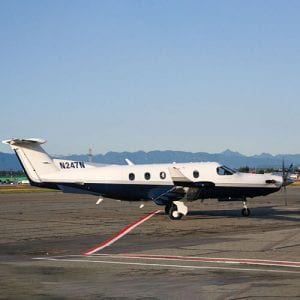 The organization was founded and managed by family for over 30 years. Many family members continue to hold key positions within the company. Treat every patient, passenger and employee as family.

MedX AirOne assimilates into every community that a base of operation exists. Health fairs, safety conferences, and low costs are some examples of the community focus.

Safety awareness and vigilance are infused into every aspect of the operations at MedX. Voluntary reporting of safety incidents and concerns is encouraged and tracked. Training, practice and policies are constantly evaluated to improve the safety environment.

Every operation and process is constantly evaluated for improvement in efficiencies. Reduction of waste in time, resources, and effort are the focus.

MedX AirOne maintains all equipment and assets to maximize in-service time. MedX employs a clinical and aviation staffing model to provide 24/7/365 coverage at all bases of operation.

MedX AirOne will constantly evaluate new and customizable solutions for our customers and communities.

MedX AirOne will develop a comprehensive training and accountability culture that will ensure customers and competitors that quality and safety define our organization. Manageable, thoughtful, and healthy growth is vital to our success. Communities, Customers and Employees will be treated like family. Opportunities to help improve the lives of these groups will be the focus.

We partner with various organizations, hospitals and businesses to ensure this critical service is able to serve all residents in Northern Nevada.

NAAMTA is the new accreditation standard bearer for the medical transport industry, offering procedures that include guidelines for developing a quality management system focusing on transport safety, patient care, and continuous improvement.